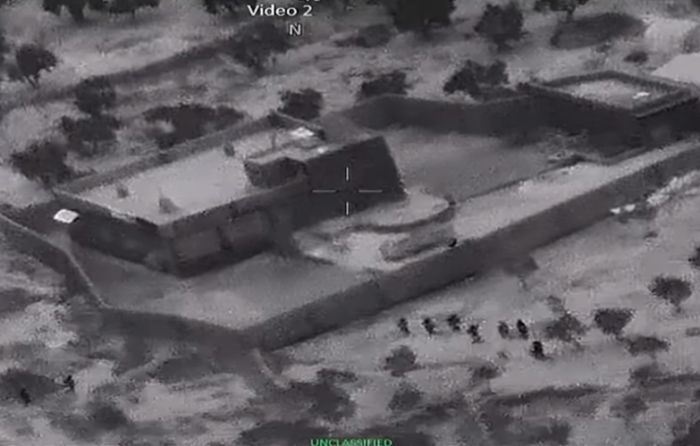 Isis leader Abu Bakr al-Baghdadi killed by SOF in Syria and now the footage is starting to become available. The pentagon has released Footage of the Raid!

Additionally drone footage posted by the DailyMail Shows video of the aftermath. There is literally NOTHING left of the compound!

videos  posted last night by On Station showed the raid in progress as special forces and the guys with SOAR took out the trash.

And the second shows a JDAM cleaning up the mess!

JDAM strike on the al-Baghdadi compound after he BIP’d himself. #jsoc #soar #tf160 #dboys #cas #military

FoxNews reports that the Islamic State group leader who reportedly had a $25 million bounty on his head is believed to have been killed in Syria.

Something very big has just happened!

Newsweek reported late Saturday that Baghdadi was killed during a special operations mission that President Trump approved about a week ago.

In September, an audio recording purportedly by Baghdadi included a call for members of the extremist group to use any means necessary to free Muslims who were being detained “by Crusaders and their Shiite followers.”

The U.S. had reportedly posted a bounty of $25 million for information leading to the capture of Baghdadi.

This is a developing story. We will update with more information as it becomes available!