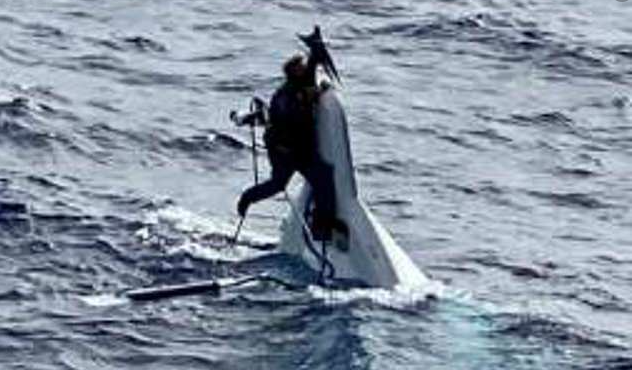 According to 4 CBS Miami

A Florida man who had been missing at sea was found alive on Sunday, clinging to his capsized boat about 86 miles off the east coast of Port Canaveral, Florida.

The US Coast Guard said Sunday afternoon that the crew aboard a motor vessel found 62-year old Stuart Bee and took him aboard around 11 a.m.

#BREAKING: Stuart Bee, 62, has been located alive clinging to his capsized 32-foot Sea Ray about 86 miles offshore of #PortCanaveral #Florida by the motor vessel Angeles. @USCG crews are en route to remove him from the Angeles and transport him back to land. #HappeningNow pic.twitter.com/35t0eabGzZ

Bee had departed Cape Marina in Port Canaveral around 4 p.m. Friday on his 32-foot boat named the Stingray, according to the Coast Guard. He was reported missing Saturday by a member at the marina who said Bee typically doesn’t stay out overnight on his boat, the Coast Guard said. “Saving lives at sea is our highest calling. This is a truly incredible outcome that demonstrates the bond among all mariners and our community,” said Capt. Mark Vlaun, commanding officer of Sector Jacksonville. “Thank you to our mission partners that launch into action and to all who got the word out to find and rescue Mr. Bee.”

The Coast Guard said it dispatched a C-130 Hercules aircrew to look for Bee and notified mariners in the vicinity to keep a lookout for his vessel. US Customs and Border Patrol also assisted in the search, the Coast Guard said.

There was no immediate information on Bee’s condition.