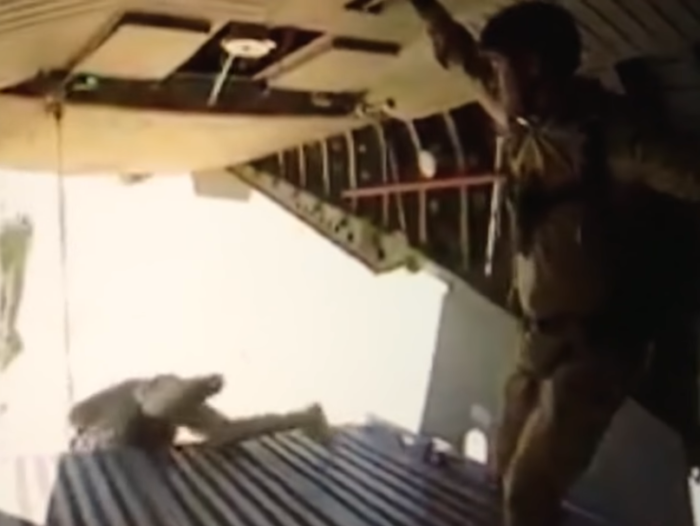 Jumping from perfectly good aircraft is one skill that you do not want to fuck up. A simple bad decision can cost you your life. We’re pretty sure these soldiers may have never jumped from an actual aircraft before. We’re honestly hoping they are still alive at this point.

The Tribunist Writes A Video of the terrible paratroopers began circulating this week, according to a report by The Aviationist. In the clip, you can see footage from the Flintlock 2019 military exercise, which took place in the Sahel region of Africa.

In the video, you can see an example of nearly every possible parachuting misstep, short of failing to hook up the static line.

One of the paratroopers looks as if he is trying to do a side-door exit. The only issue is, he’s at the tailgate. This is particularly strange since leaving from the rear of the aircraft is actually easier.

While his exit was mostly safe, the deployment of his parachute might not have been ideal.

A few of the guys make reasonable exits as well. However, one paratrooper isn’t so lucky.

He ultimately faceplants on the exit ramp…