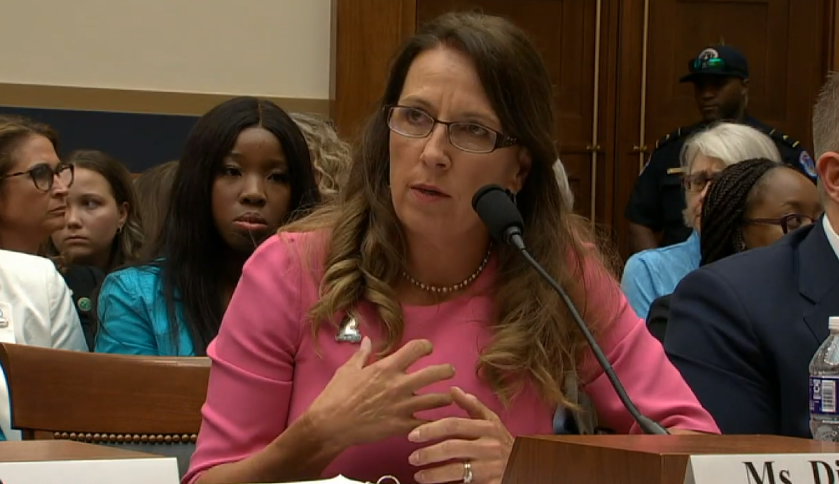 Get em’ Dianna! We’ve done work with Dianna with the DC Project in the past and we gotta say we stand behind her and the organization 100% The DC Project for those that may have missed it is an educational and bipartisan effort of 50 women, one from each state, meeting legislators on Capitol Hill as gun owners and Second Amendment supporters. Each summer more than 50 women of various ages, backgrounds, and ethnicities spend four days meeting with members of the Unites States Senate and House of Representatives to advocate for the Second Amendment as female gun owners on behalf of all Americans. FoxNews reports that a former police officer made a bold proclamation during a congressional hearing Wednesday regarding a proposed assault-weapons ban: she would not comply.

Dianna Muller, who served in the Tulsa Police Department for 22 years and is the founder of gun advocacy group The DC Project, was among the witnesses at the House Judiciary Committee hearing. The session on an otherwise contentious issue flew largely under the radar amid the Trump-Ukraine controversy and Democrats’ impeachment push. But reflecting the gun control divide in the country — amid a spate of deadly mass shootings that prompted renewed calls for strict laws — Muller said that such a ban would force lawful gun owners to either give up their arms or become criminals.

“Please don’t legislate the 150 million people just like me into being criminals. It has happened. You’ve already done it,” Muller said, referring to the Trump administration’s ban on bump stocks, the devices that use a semi-automatic weapon’s recoil to make it rapidly fire like an automatic. “I was a bump stock owner, and I had to make a decision: do I become a felon, or do I comply?”

Should the government pass an assault-weapons ban, Muller declared, “I will not comply.”

Muller and others at the hearing focused on the practicality of a ban, pointing out what they claimed were mainly “cosmetic” differences between weapons such as the AR-15 and standard semi-automatic hunting rifles…