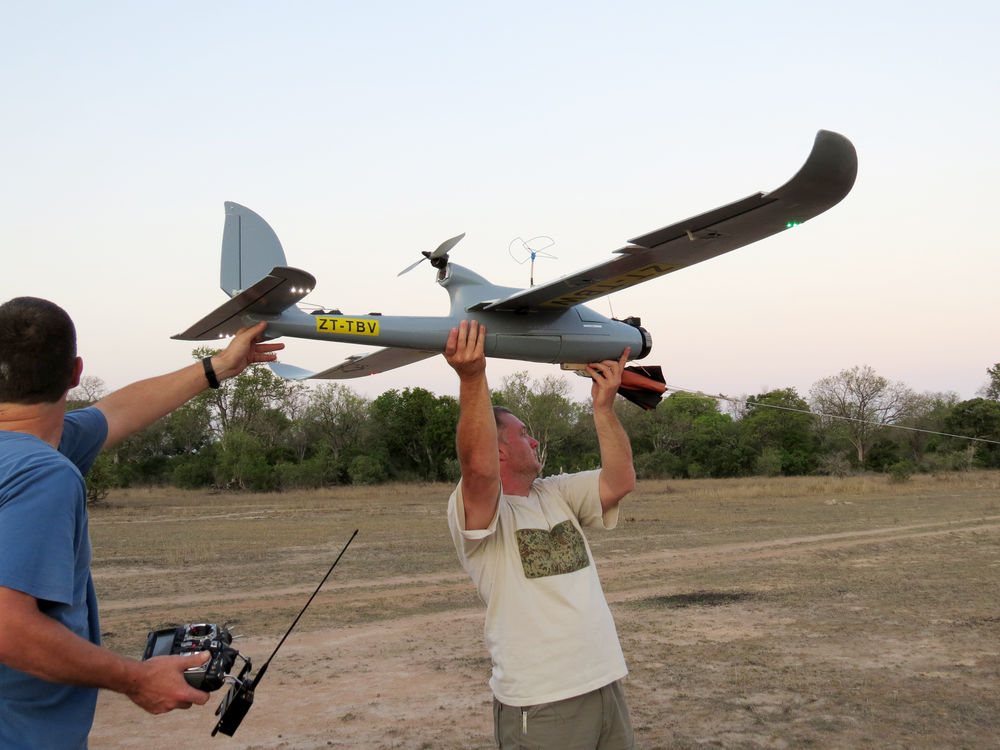 In the midst of Africa’s poaching crisis, a dedicated group of aviators may have uncovered a solution to ending this illegal practice. Air Shepherd, an initiative of the Lindbergh Foundation, is flying advanced unmanned aerial vehicles (UAVs) in high-risk areas in South Africa — and soon, other countries on the continent.

Air Shepherd’s UAVs, equipped with coaxial daytime and infrared cameras, transmit live footage to a control and command vehicle on the ground, allowing Air Shepherd staff to monitor at-risk wildlife from a safe distance and report suspicious activity to park rangers, who can then move in and arrest the poachers.

One of the most lucrative criminal operations in the world, the illegal wildlife trade is driving iconic

African wildlife, including rhinos and elephants, to near extinction. But when word spreads that Air Shepherd’s UAVs are flying, poaching activity virtually ceases, says John Petersen, chairman of the Lindbergh Foundation.

“There’s a huge deterrent effect. All you have to do is catch one or two poachers and suddenly the word gets out,” he says.

For more on their article, check out their page here