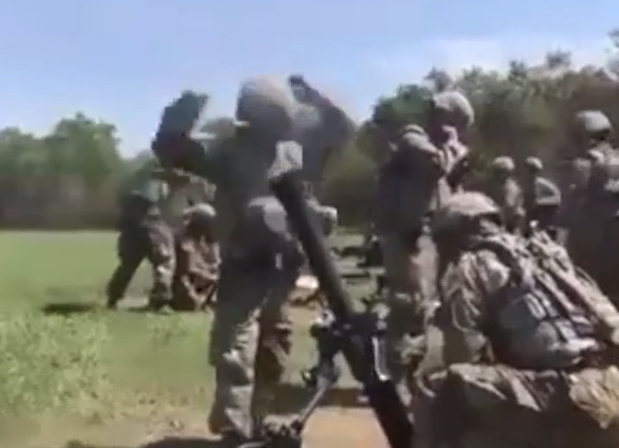 Complacency kills. No matter what your MOS or job in any branch of the military a lack of training or not paying attention to what you are doing can have deadly consequences. One video clearly demonstrates just how lucky one soldier to get away with his life.

A video posted to Funker530 shows a Mortar-man hanging a round and firing it successfully, however when he moves to the next round he gets distracted and it costs him dearly.

Funker530 writes there doesn’t seem to be an explanation for why this happened? The AG is told to hang the round, meaning to place it partially in the tube, but not drop it until the squad leader or gunner gives the command to fire.

The round appears to accidentally slip from the hands of the AG, who either doesn’t seem to notice, or continues feigning that they have it so as not to piss off their squad leader. So whether we are looking complacency or lack of training, the result is the same, severe injury.