What is the saying??? “Privacy for me but not for thee”

Signal for those who don’t know is an messaging app with end to end encryption. Meaning no one can see messages going in or coming out. Much like using tor or a vpn which encrypts internet traffic, but well touch on those later.

Lets face it. Many in the left are extremely tech savvy. Just look at the Parler hack. They were able to grab identities and locations from meta data/ exif data stored in photos. You can even download the code from github, because of this fact they are constantly hacking, de-platforming, banning, or censoring anyone who does not agree with their agenda whether your libertarian, far right, right, or even nuetral! Your accounts are banned with the press of a button just because you said anything remotely related to conservative values or you hurt their feelings.

Signal has been the go to for many to be able to keep communicating with like minded individuals. A few examples could, be according to TIME magazine,  during the black lives matter protests many used signal to escape police surveillance. If you didnt know law enforcement has access to cell towers and any mobile device in range of/connected to that tower can be accessed that means your phone calls, messages, etc.  Another recent example of a mass exodus to signal is when whatsapp said it was going to share its information with Facebook, or after parler was taken down many of the users went to the messaging app as well. As you can imagine when the libertarians, conservatives, or right wing members move to an app silicon valley is now going to try and target it.

Which brings us to where we are now. There is literally an ongoing war on privacy and it affects EVERYONE! Unlike Parler Signal is not US based, has far better coding and cyber sec. policies in place, and is pretty much untouchable to the left leaning techies in silicon valley. So they do what they do best. Running smear campaigns to try get their way and by attacking the platform. A quick google search could bring up multiple articles where this dangerous bias can be seen.

Here is the problem with the lefts attack on signal. Signal is used mostly by really good people trying to accomplish really good things. People trying to overthrow dictatorships. Organizers setting up protest of all sorts against injustices and rallying for human rights around the world, whistleblower’s who bring these atrocities to light, and journalists who report on them, and people in countries that are not so friendly on free speech where simply saying the wrong thing could cost you your life or the life of your families, for example: North Korea or Iran. Signal is a useful tool and its a good tool for this very reason. And removing this tool because some guy said something you don’t like puts the lives of these innocent people at risks.

Furthermore signal is the home to dangerous individuals who wish to remain anonymous you know cartels, black-hat hackers, etc. The kind of people you don’t want to go poking with a stick literally the same reasons you don’t go dicking around using TOR to access the darkweb. While this is a small majority of users they have the resources to cause A LOT of problems.

Lastly I want to touch on this if you are a gun rights advocate, conservative and you want to protest. Don’t let the liberals scare, label you. There is nothing wrong with protesting. If you are going to protest just steal the liberals tactics from their own playbook to remain anonymous. 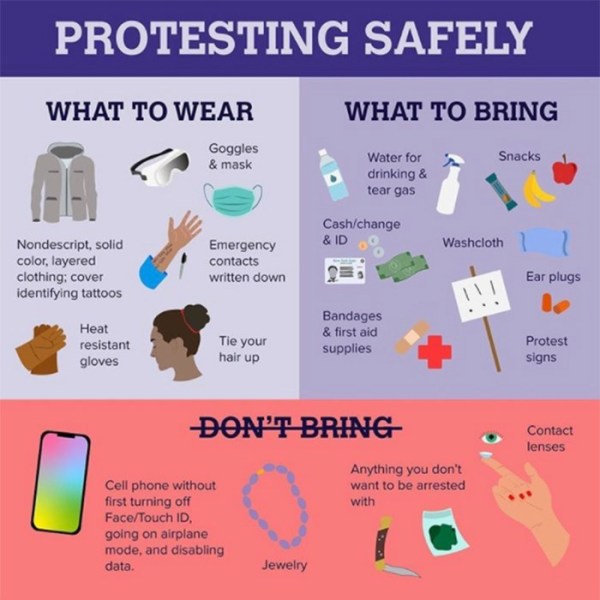 Heres a few other tips that could be very helpful!

TURN OFF LOCATION TAGS IN YOUR PHONES CAMERA SETTINGS:

TURN OFF DATA ON CELL PHONE:

DO NOT CONNECT TO PUBLIC WIFI NEAR THE PROTEST… or EVER for that matter:

When browsing the internet you need to be running noscript and HTTPSeverywhere extentions on the browser of your choice:

TOR browser is another browsing option:

Now lets talk passwords. Because 123456 or admin or p@ssw0rd all belong to a huge list of compromised passwords:

You should be using passphrases NOT PASSWORDS

Again many accounts on Parler were compromised for this very reason and recently the reason a teenager was able to gain access to trumps twitter account.

FUCK THE LEFTS CENSORSHIP! and share the shit outta this!