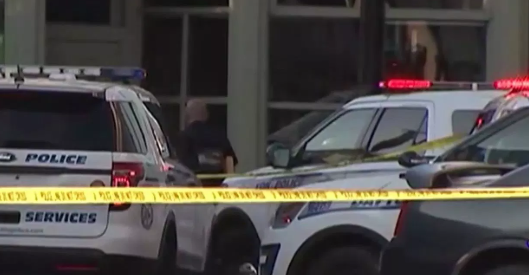 Just 150 miles south of st louis a sheriffs deputy and State trooper were shot today around 12pm while serving an eviction notice.

Authorities told News 4 a Carter County deputy was shot in the leg, groin and chest. The deputy is being flown to a St. Louis-area hospital for treatment. A Missouri Highway Patrol trooper was shot in a protective vest and is okay.

The shooting happened around 10:15 a.m. on Route M in Carter County, which is northwest of Poplar Bluff. Authorities said the suspect opened fire as the two law enforcement officials went to the home to serve an eviction notice.

According to officials, the suspect is currently holed up in a home a few miles north of Route M.

The Missouri State Highway Patrol is investigating a shooting that injured a Carter County deputy and a trooper according to KY3 Investigators say the deputy suffered gunshot wounds to the leg, groin and chest. The gunman shot the trooper in the shoulder and his protective vest. Emergency crews are on the scene. We do not know anything about the suspect’s condition.

This is a developing story. Well update information as it becomes available!