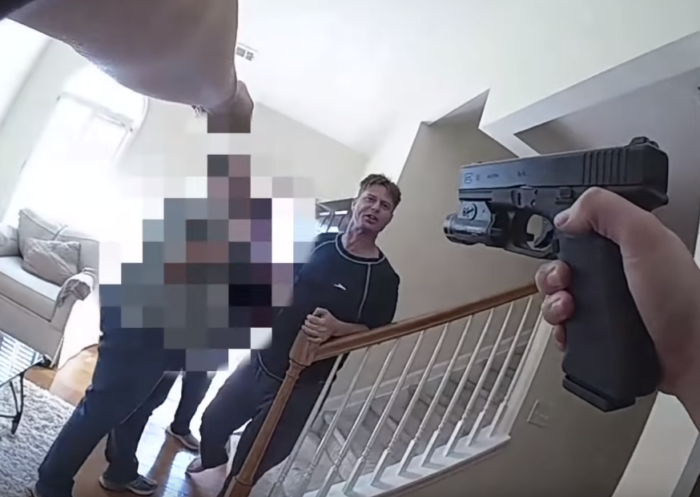 This entire video is one big giant clusterfuck. It definitely illustrates another instance where additional training may not be a bad idea.

The Greenville News reports that the suspect, 40-year-old Sean Theodore Kaiser, refused to go into custody and retreated back inside, where the deputy followed.

Kaiser was not armed. He said to the female deputy, “don’t touch me” and “I’m stronger than you.”

After several minutes of negotiating and attempting to put Kaiser in handcuffs, the footage shows, Kaiser grabbed the deputy’s arm, shoved her and put his body on top of her until she broke free a moment later.

The deputy then backed up, drew her firearm and shouted at Kaiser’s mother, who had moved in to intervene.

The mother, identified by the suspect’s attorney as Dianne Maros, stood with Kaiser and asked the deputy to wait for other deputies to arrive. The deputy shouted “no” several times with her handgun still drawn.

“Back away,” she shouted at the mother repeatedly. “Do not tell me what to do.”

Kaiser then stood up and charged the deputy when the deputy fired one shot, striking Kaiser’s mother, who was standing behind him.

The deputy then fired another round that did not strike anyone, and then she and Kaiser tussled until they both fell on the floor….

Backup arriving with that facekick is pretty epic though.