Some guys just won’t take “no” for an answer.

Sadly, that is what one family in Shelby County, Ohio learned the hard way on Sunday, July 31st.

Instead of spending his Sunday morning in church, James Rayl, 22, spent his day in a morgue.

A Ring doorbell camera captured James as he became increasingly agitated that no one was opening the door for him.  He knew his ex was inside.

He could hear her voice.  He could probably see her through the glass panels in the door.

He also heard dear old dad telling little Jimmy to get lost and don’t come back.

Before the young man lost his cool and a lot more, he stood outside the door for a while.  Meanwhile, Dad warned Mr. Rayl to leave.

Dad even warned the ex-boyfriend that he (the dad) would shoot if Mr. Rayl forced entry.

It seems young Jimmy decided he didn’t care and forced the door open with his shoulder.  After that, dad fired three times, mostly through the door.

WDTN has the story.

SHELBY COUNTY, Ohio (WDTN) – A homeowner who fatally shot a Sidney man trying to break into his home will not be charged.

Shelby County Prosecutor Tim Sell said a grand jury declined to go forward with charges against the man for the incident on Sunday, July 31, that led to the death of 22-year-old James Rayl…

Rayl started beating on the door of his ex-girlfriend’s home, and the homeowner told him to leave and that he had a gun, according to the Shelby County Sheriff’s Office.

Police said Rayl then shouldered the door several times, eventually breaking the door open and starting to enter the home. Once Rayl entered, the homeowner fired three rounds. Rayl staggered back to the front of the garage, where he fell.

It’s a shame that Mr. Rayl didn’t move on with his life after his relationship ended.  Then again, it’s far more fortunate that the ex-girlfriend had a father who embraced the proven benefits of firearm ownership as opposed to pacifism.

In the NBC story, the deceased door-buster, Mr. Rayl’s sister, says he was busting down that door to “look out” for his ex-girlfriend.

Oh, but the news media tries to twist this story to fit its narrative. 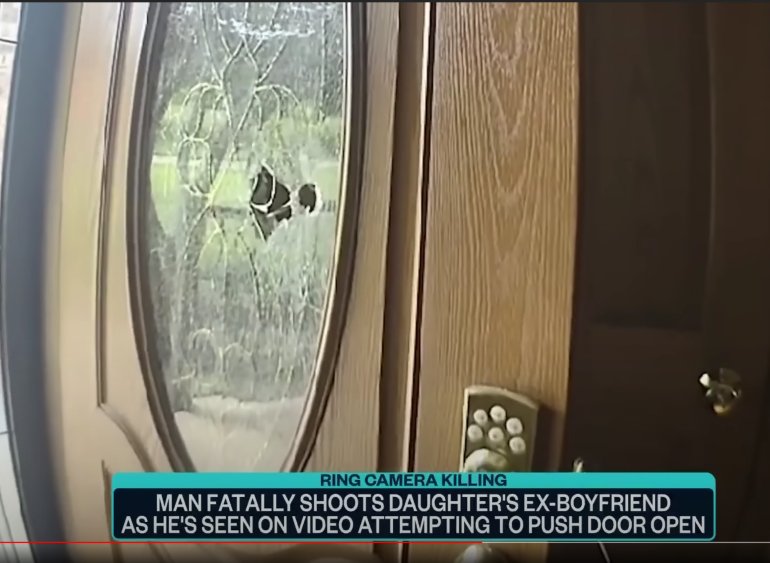 “Attempted to push the door open”?

He broke the door jam forcing the door open by shouldering it!

He was breaking into the house!

Unfortunately for him, the girlfriend’s dad had the appropriate tool in hand for dealing with a home intruder who had just violently “pushed” their front door open.

We hope the victim’s family recovers from this horrific attack and can find some normalcy in their lives in the aftermath of this defensive gun use.

As for Mr. Rayl’s family and those like them?

Let this be a valuable life lesson in how not to raise your boys.