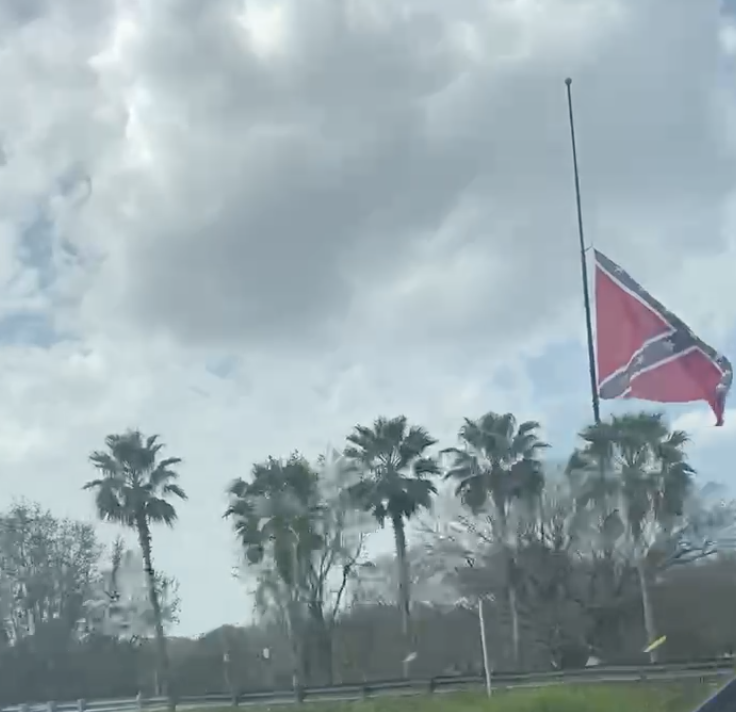 According to ABC news

A man who bragged of tricking local Florida officials into letting him fly a massive Confederate flag at the corners of two busy interstates has died, authorities said.

Family and friends started an online fundraiser for funeral expenses and for the future of the farm, which was a popular stop for fresh honey, eggs and milk in the city.

In 2017, Lambert told The Associated Press during an interview that he tricked the county several years ago, when he bought a sliver of land near Interstates 4 and 75.

When he asked county officials for a permit, he said he planned to build “a memorial to American veterans.”

“I tricked them,” he said. “If they had done any research they would have known who I was.”

Lambert and others raised $250,000 in donations and labor to erect granite slabs engraved with soldiers’ names. In 2008, he unfurled a 30-by-50-foot (9-by-15-meter) flag — at the time it was the biggest Confederate flag in the nation — much to the disgust of many.

Confederate symbols have come under increased scrutiny in recent years as critics argue they symbolize racism, slavery and division.

But Lambert was unrepentant about the flag.

It’s unclear what will happen to the sliver of land.