The CIA has developed a way to limit collateral damage and civilian casualties when conducting drone strikes and quite honestly the method is pretty simple, remove the explosives and just attach some fucking swords to the damn thing! Ok so its not a katana like you’d find in some neck-beard’s basement abode but 6 massive blades.

NEW – @WSJ confirms the @CIA & @DeptofDefense have a new “secret” missile – the R9X, or “flying Ginsu” – which kills a selected target with 6 blades, but no explosive payload.

— “To the targeted person, it’s as if a speeding anvil fell from the sky.”https://t.co/DIQfnfJYDq pic.twitter.com/iM87WUFLhg

The DailyMail writes that A secret ‘Ninja’ missile that shreds targets with six swords has been secretly developed by the CIA.

The weapon called the R9X is designed to smash through buildings and cars with the help of large blades that deploy seconds before impact.

The devastating so called ‘flying Ginsu’, named after a knife brand, does not have an explosive warhead to minimize civilian casualties.

Abu Khayr al-Masri, the deputy leader of Al-Qaeda was reportedly killed by one of these missiles in February 2017. 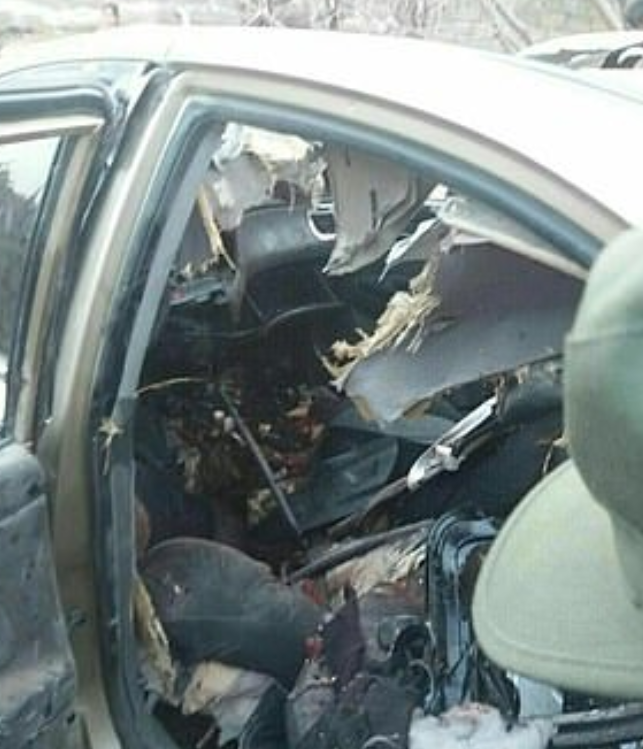 His car was shredded by the ‘Ninja missile’ as he drove through Idlib in northern Syria.

According to the Wall Street Journal, the goal of the weapon is to reduce unintended casualties caused by other more conventional missiles that detonate and engulf both targets and their surroundings.

The US military leaked details of the new missile to improve its image in the Muslim world in an effort to show they are trying to reduce collateral damage, it…

I remember puzzling over these cuts for ages trying to work out what had hit the car of Abu Khayr al-Masri, deputy leader of Al-Qaeda.

Turns out it was a Hellfire missle with fucking swords attached to it. pic.twitter.com/aJW524c1Ph