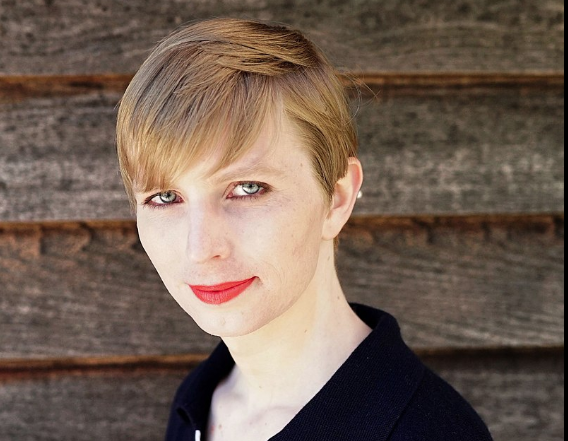 The traitor is where she belongs.. Bradley Manning is back in jail after refusing to testify before a federal grand jury in regards to wikileaks. Manning told the Judge, “will accept whatever you bring upon me.” Well the judges did just that and shot down her appeal.

** Today, the 4th Circuit Court of Appeals ruled to keep Chelsea in jail. “I don’t have anything to contribute to this, or any other grand jury … I will not give up,” she says.

FoxNews Writes FALLS CHURCH, Va. – A federal appeals court on Monday rejected a bid by former Army intelligence analyst Chelsea Manning to be released from jail for refusing to testify to a grand jury investigating Wikileaks.

The three-paragraph, unanimous decision from a three-judge panel of the 4th U.S. Circuit Court of Appeals in Richmond rejects both Manning’s argument that she was erroneously found in civil contempt of court and her request for bail while the contempt decision is litigated.

Manning has been jailed at the Alexandria Detention Center since March 8 after refusing to testify to the Wikileaks grand jury.

Since her incarceration, criminal charges against Wikileaks founder Julian Assange have been unsealed and U.S. officials have requested his extradition . Manning’s lawyers argued that her testimony is unnecessary in part because Assange has already been charged.

Manning served seven years in a military prison for leaking a trove of military and diplomatic documents to Wikileaks before then-President Barack Obama commuted the remainder of her 35-year sentence.

Manning’s lawyers also argued that she told authorities everything she knew during her court-martial investigation and that her incarceration was unnecessarily cruel because the jail is unable to provide adequate medical care in connection with gender-reassignment surgery Manning underwent.

Prosecutors responded that they believe Manning, who was granted immunity for her grand jury…