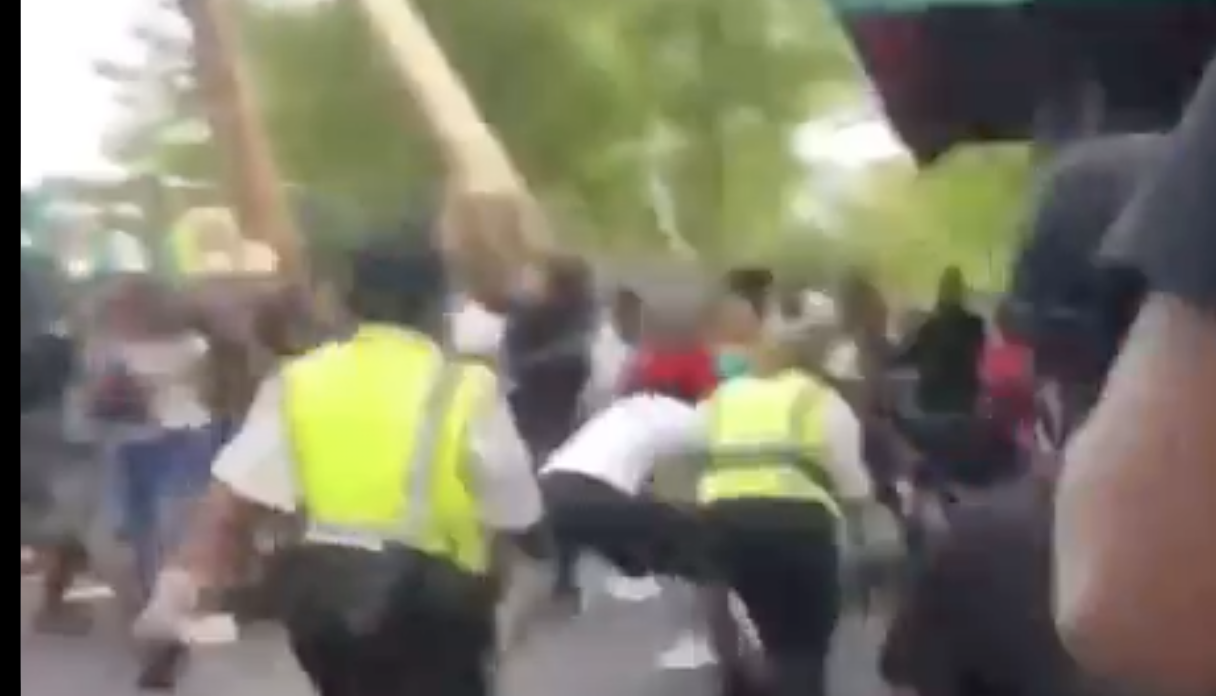 The video starts with park patrons picking up turkey legs and handing them to friends. Then police stepped in and arrested at least one woman.

This was an insane scene!

They're fighting over turkey legs at six flags 🦃🍗😂#Sixflags pic.twitter.com/iO9jrOj7M7

One of them dropped her wig.