As of the 26th of March 2019 buying selling or possession of a bump stock or similar device has became a federal crime. Anyone caught with one will be charged with the possession of an illegal machine gun and could face a minimum or 10 years plus $250k in fines! The President has made outlaws out of thousands of citizens.

? FightATF.com to help FPF keep Americans out of federal prison!

However, various organizations have taken up cases against the ATF including The Firearms Policy Coalition!

However one device did manage to evade the ban. The AR-15 world has a vast selection of aftermarket parts from various companies, some of them are useful and actually improve your AR’s performance and some just make your credit card debt increase. There’s a segment of the aftermarket that certainly makes your wallet lighter, it’s the gadgets that make your AR-15 rifle shoot faster. Just Bolt the GatCrank on to your Ar-15 or .22 rifle and shoot over 600 rounds per minute!

You can now covert your AR into a mini Gatling gun with little effort thanks to the GatCrank! This super simple conversion kit allows standard AR-15 and AR-10 lowers to fire 3 rounds per turn once installed. 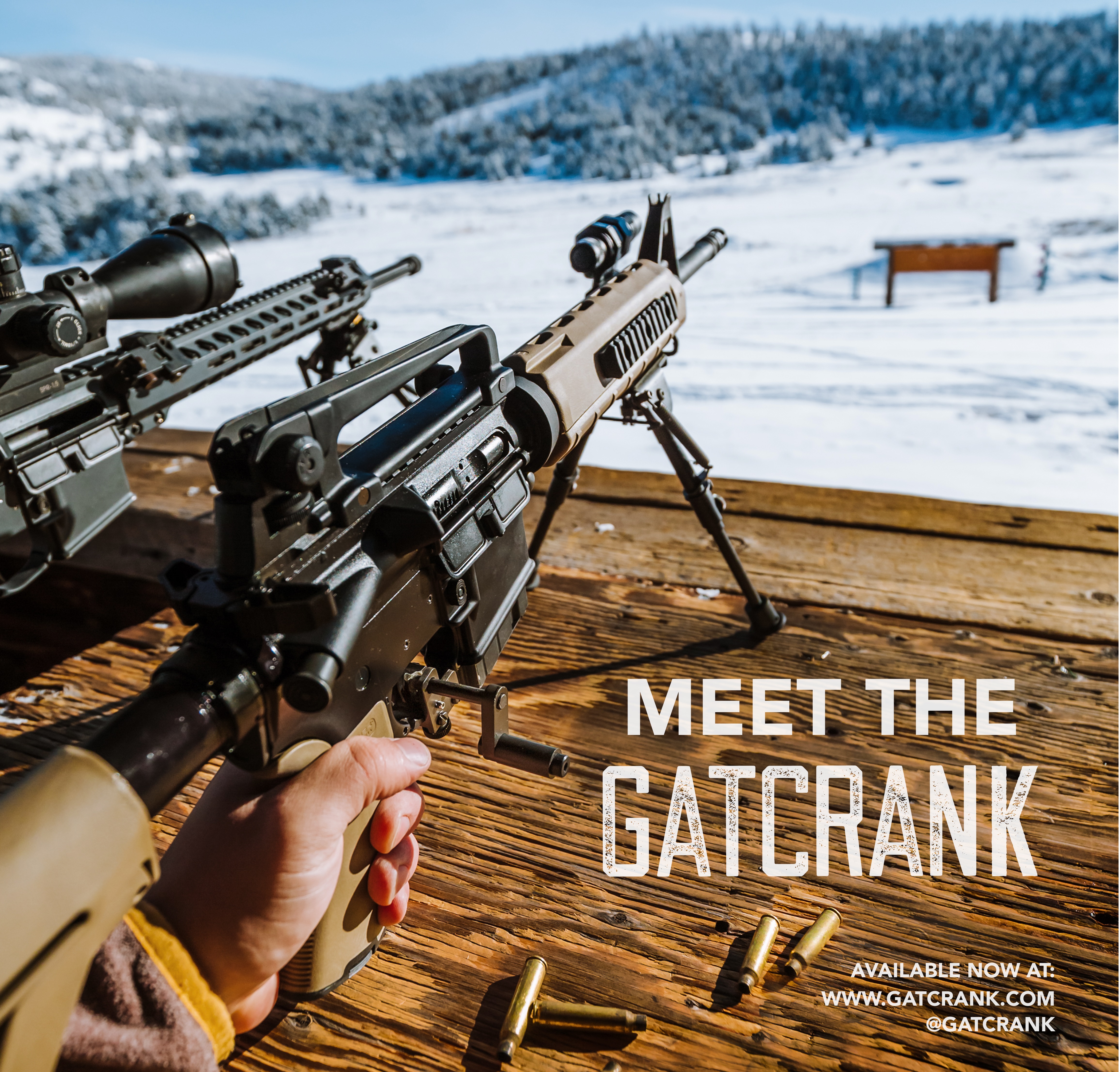 Use promo code: TACTICALSHIT to get 20% OFF

CHECK OUT THE VIDEO OF THE GAT CRANK IN ACTION BELOW!