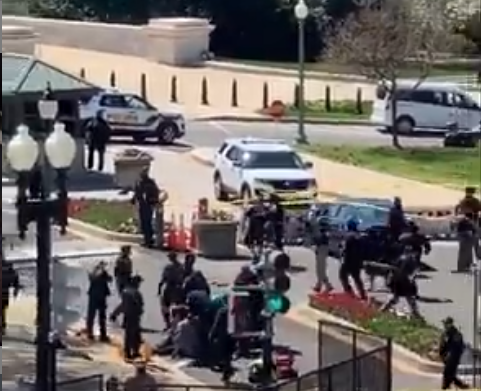 DEVELOPING: Reports of gunfire outside of the #UnitedStates #Capitol building after a vehicle attempted to breach a security checkpoint. Unconfirmed reports that at least three people shot, including two police officers. An unknown suspect is speculated to be the third person who was shot. A US Park Police helicopter was used for a med-evac. Area has been put into lockdown. No word on the conditions of those who were shot. (📹 Jacqui Heinrich)