Here it is absolute proof that registration leads to confiscation. The shear fact that he registered his AR is ultimately what got it confiscated. The gun grabbing left has for the longest time denied that they are coming for your guns that was until recently and now they are acting on it! A man in San Diego California has had his AR pistols confiscated after successfully registering them on June 20, 2018. Under California’s registration law certain rifles and 80% lowers had to be registered by July 1 of 2018! 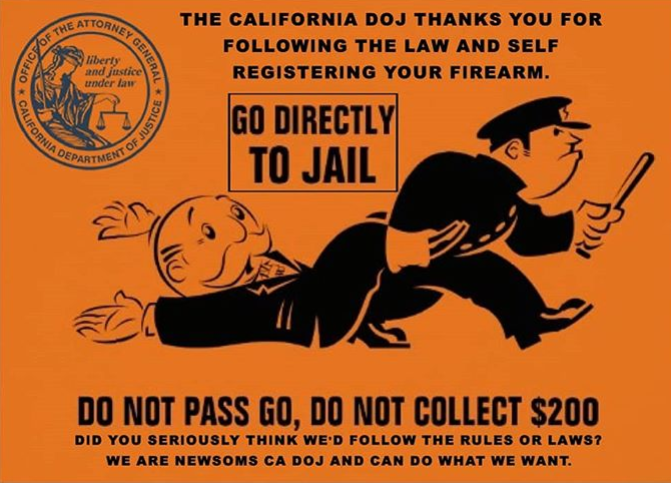 The issue stem from California’s ever changing gun laws, some of which is the strictest in the country, one such law which redefined an “assault weapon” and required anyone with a gun that fell under the new definition had to register it with the state. California’s continually changing gun laws can be very difficult to navigate without legal help.

Registration leads to confiscation. ———-Reposted from @west_coast_weaponworks – We need the big boys to stand up and help. 4 weeks ago a friend named Mike had his AR pistol confiscated by CA DOJ, we contacted lawyers and nothing happen, Mike never even heard back. Today my friend Brett had his AR15 pistols confiscated. Both guys followed the rules, self registered their 80% guns before the deadline and now they get them taken away. Some of you will be next. The Pro 2A organizations and CA gun lawyers need to take a stand for the average CA gun owner who is trying to follow the rules before it’s too late. We need legal help to stop the DOJ @gunpolicy @calgunsdotnet @sdgunowners @calgunlawyers If you know anyone that can or should help tag them – #regrann

We will continue to update this as more information becomes available. You can view the video below