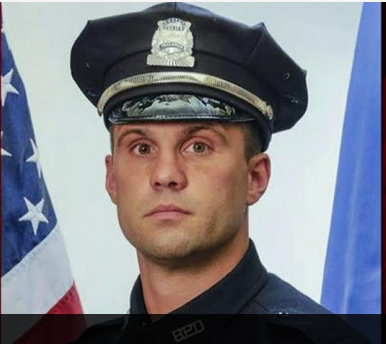 Boston city police officer and former Army Ranger John Moynihan was shot in the face at point blank range by a black assailant. As the man, later identified as Angelo West, 41, ran away, Moynihan’s fellow officers shot and killed him.

Police Commissioner William Evans spoke in a press conference about the shooting.

“Our officers did what they had to do,” the police commissioner said.

He called for calm in the predominantly black community in Roxbury, the neighborhood in Boston where the shooting took place. There are concerns that this shooting could get associated with other officer-involved shootings that have garnered national attention.

“This is not about ‘Black Lives Matter,’” said Reverend Mark Scott of the Black Ministerial Alliance of Greater Boston. “It’s about all-the-lives-in-the-community matter and it’s about the police … responding to a concern from the community.” He went on to describe how the white officer Moynihan had first been shot ‘assassination style’.

On Friday evening, around 6:30 p.m., Moynihan and fellow officers responded to a report of gunshots fired in the Hyde Park area. A surveillance camera captures how the officers pulled over a car leaving the scene. Moynihan approached the driver’s side door in a calm demeanor and without drawing his weapon.

“Without provocation, as the driver is getting out … you can see his right arm come up point-blank and shot officer Moynihan right below the eye,” said Commissioner Evans.

The shooter, Angelo West, then tried to run away, firing a .357 Magnum at the other officers. They responded in kind and brought down the assailant.

Moynihan is a highly decorated police officer. He is credited with saving the life of transit officer Richard H. Donohue Jr. during the gunfight with the Boston Marathon bombers in April 2013.

Last May, President Obama officially honored Moynihan as one of America’s ‘Top Cops’.

“There are officers here who were in the thick of two attacks last year: the shooting at the Washington Naval Yard and the bombing at the Boston Marathon,” said Obama. “On those awful days — and we all remember them — amid the smoke and the chaos, the courage of these officers shone through. And their quick thinking and level-headedness undoubtedly saved lives.”

In addition, Moynihan has an impressive military record as an Army Ranger who served in Iraq from 2005 to 2008.

Moynihan is currently in a medically induced coma at the Boston Medical Center.