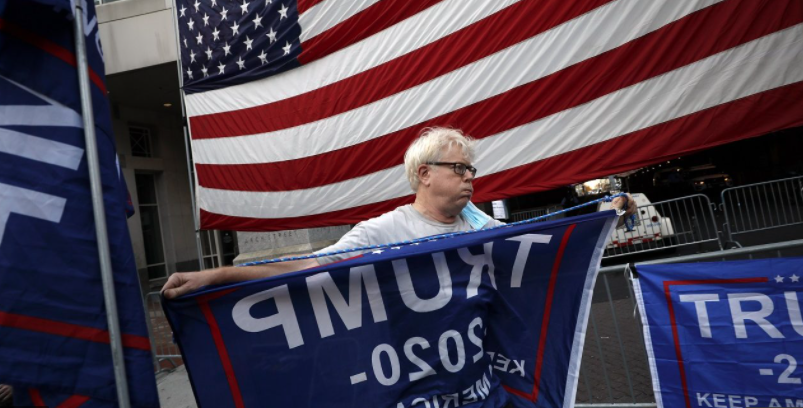 According to Fox Business

The organizer of a March for Trump event in Washington planned for this weekend claims that popular platform Eventbrite delisted and sent emails to attendees saying that it had been canceled when it is still scheduled to take place.

Amy Kremer, chair of Women for American First and co-founder of Women for Trump, said Tuesday that she received a message from Eventbrite saying that it was closing the event’s page because it violated its terms of service.

“@Eventbrite just shut down our event & emailed everyone that it was canceled THE MARCH IS NOT CANCELED,” Kremer tweeted. “First it was @Facebook Next it was @Mailchimp,” she added, claiming that Big Tech was “trying to shut down our march.”

??The #MarchForTrump IS NOT CANCELED??@Eventbrite just shut down our event & emailed everyone that it was canceled

THE MARCH IS NOT CANCELED

Next it was @Mailchimp

Now #Eventbrite #BigTech is trying shut down our march

But we won’t let them pic.twitter.com/zYfRM3swfN

Kremer included a screenshot of an email that appeared to be from Eventbrite.

“We encourage our organizers to express their views and gather for a chosen purpose as long as it’s done in a way that doesn’t violate our Terms of Service. We do not permit events, content, or creators that share or promote potentially harmful misinformation. In this instance, we have determined that your event violates our Community Guidelines and is therefore not permitted on the Eventbrite platform. As a result, your event listing has been removed and any paid orders have been refunded.”

The email went on to say that the account associated with the March for Trump is permitted to continue operating for other events, but that it could be terminated if there are “repeated or severe violations of our Guidelines.”

This weekend’s event may be blocked, a separate event for March 21 from an anonymous organizer titled “March on Washington for Trump” remains listed on the site. Additionally, a search of Facebook event listings shows several events listed on Saturday with titles including the phrase “March for Trump.” None of them appear to be hosted by Kremer or her group.