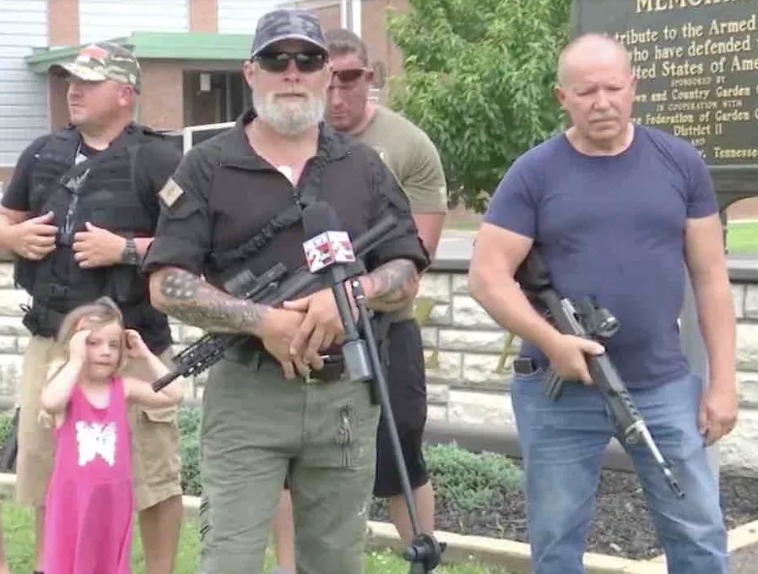 According to The Blaze

In the wake of protesters topping statues and vandalizing monuments across the nation, a group of veterans decided to take matters into their own hands upon hearing rumblings that the same fate might be awaiting the Wilson County Veterans Memorial in Lebanon, Tennessee.

Short way to put it is vets got fed up with this bullsh*t and grabbed their guns.

Keith Sikora started his watch a week ago and told the station “a show of force can be a very powerful deterrent” but that he and his fellow veterans won’t “fight unless we have to.” Veteran Joe Hester added to WKRN that he isn’t standing guard “to promote violence, I’m not here against any race whatsoever. I’m for all good people and all good things in this country and preserving them.” Sikora and Hester served in the United States Marine Corps and told the station the memorial is special to them.

“It’s a big target because who else gave more for this country than the ones who gave their life?” Sikora asked WKRN. “And if you’re on the other side, and you hate this country — the way they’re portraying the way they hate it — this is the best target to hit.”