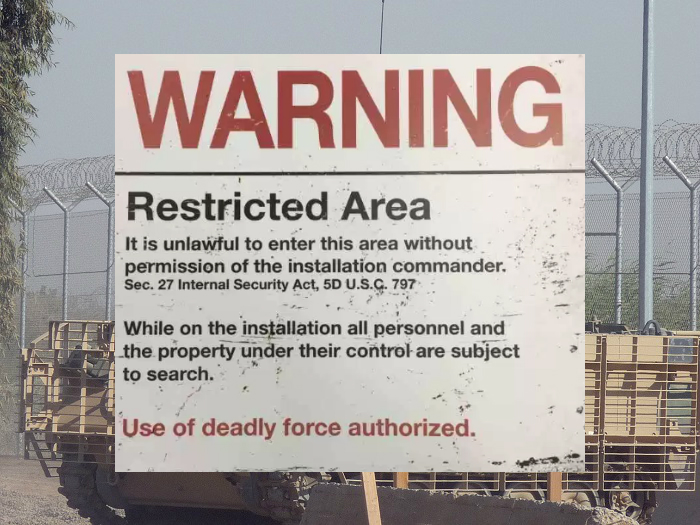 Well they didnt actually say that but we know how to read between the lines. But the Air Force has issued a stern warning for those wishing to storm area 51 to “Clap alien asscheeks” we’re not making this up. 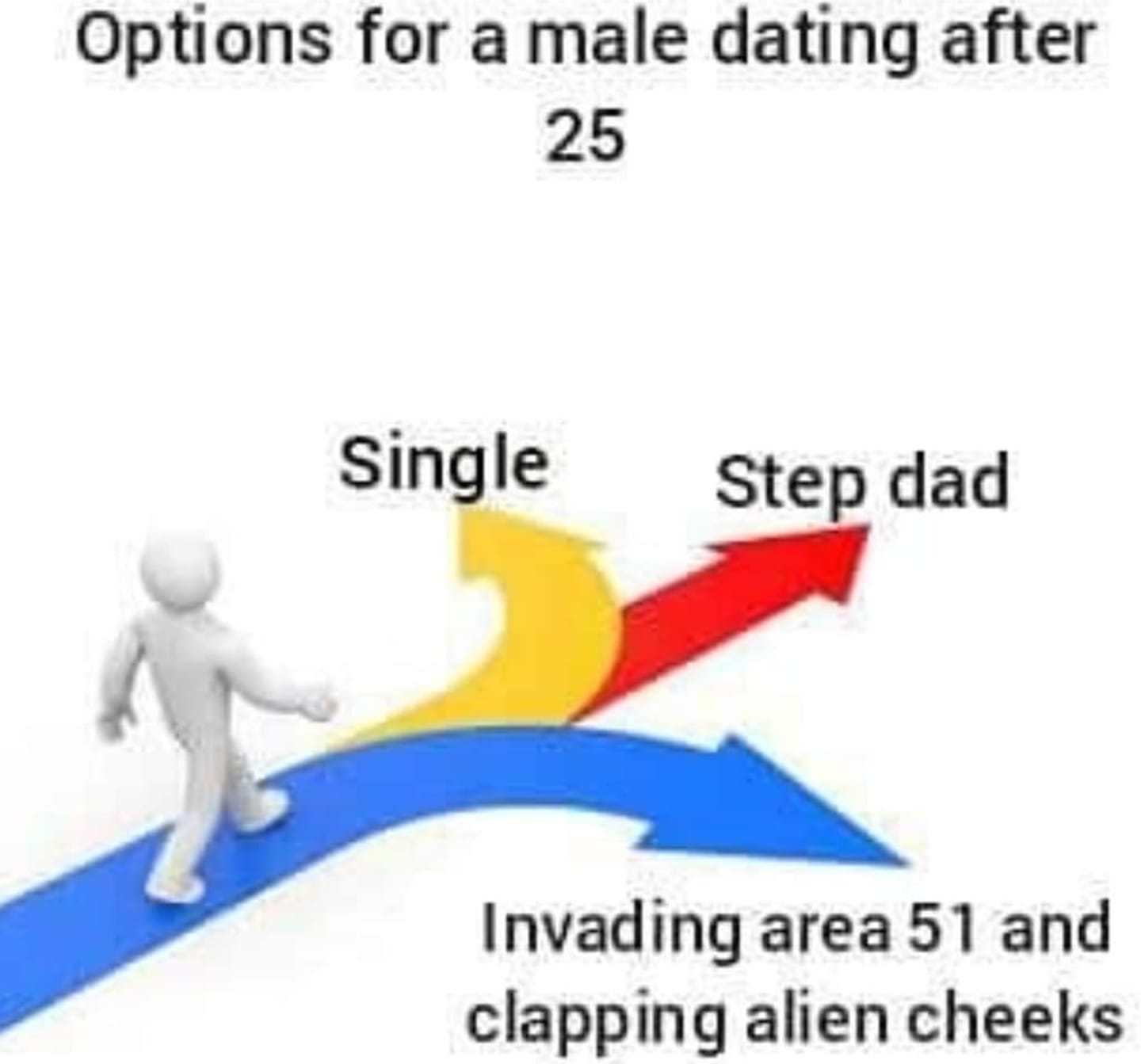 According to the Independent Air Force spokesperson Laura McAndrews released a statement warning people who plan on trespassing on the premises.

[Area 51] is an open training range for the U.S. Air Force, and we would discourage anyone from trying to come into the area where we train American armed forces,” she said. “The U.S. Air Force always stands ready to protect America and its assets.”

In other words there are alot of armed soldiers and crazy weapons tech inside those gates ready to keep idiots out.

The statement released by the Airforce comes shortly after an expert weighed in on why the Air Force may not let anyone near Area 51.

According to FoxNews Annie Jacobsen – author of “Area 51: An Uncensored History of America’s Top Secret Military Base – dismissed the idea that civilians could get close to the facility. She explained that the classified military facility is housed inside a classified testing and training range which is the size of Connecticut. 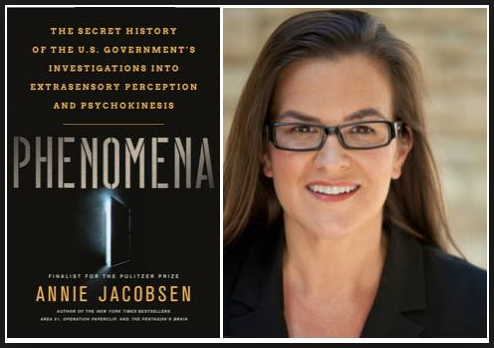 “That base is so jealously guarded, both in terms of media and in terms of actual physicality. I don’t think the Air Force or any of the other military partners or intelligence community partners that are all working out there at Area 51 are gonna let anybody anywhere near the entrance to Area 51,” said Jacobsen…

UPDATE: Leaked photos show the air force may actually be monitoring the event and have come out openly discouraging anyone from attending this event. 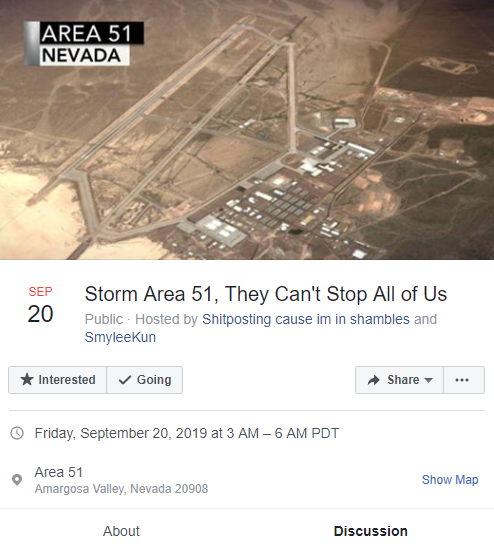 Apparently another service member also had this to say 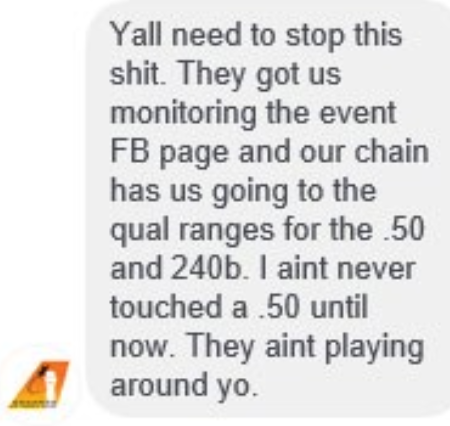 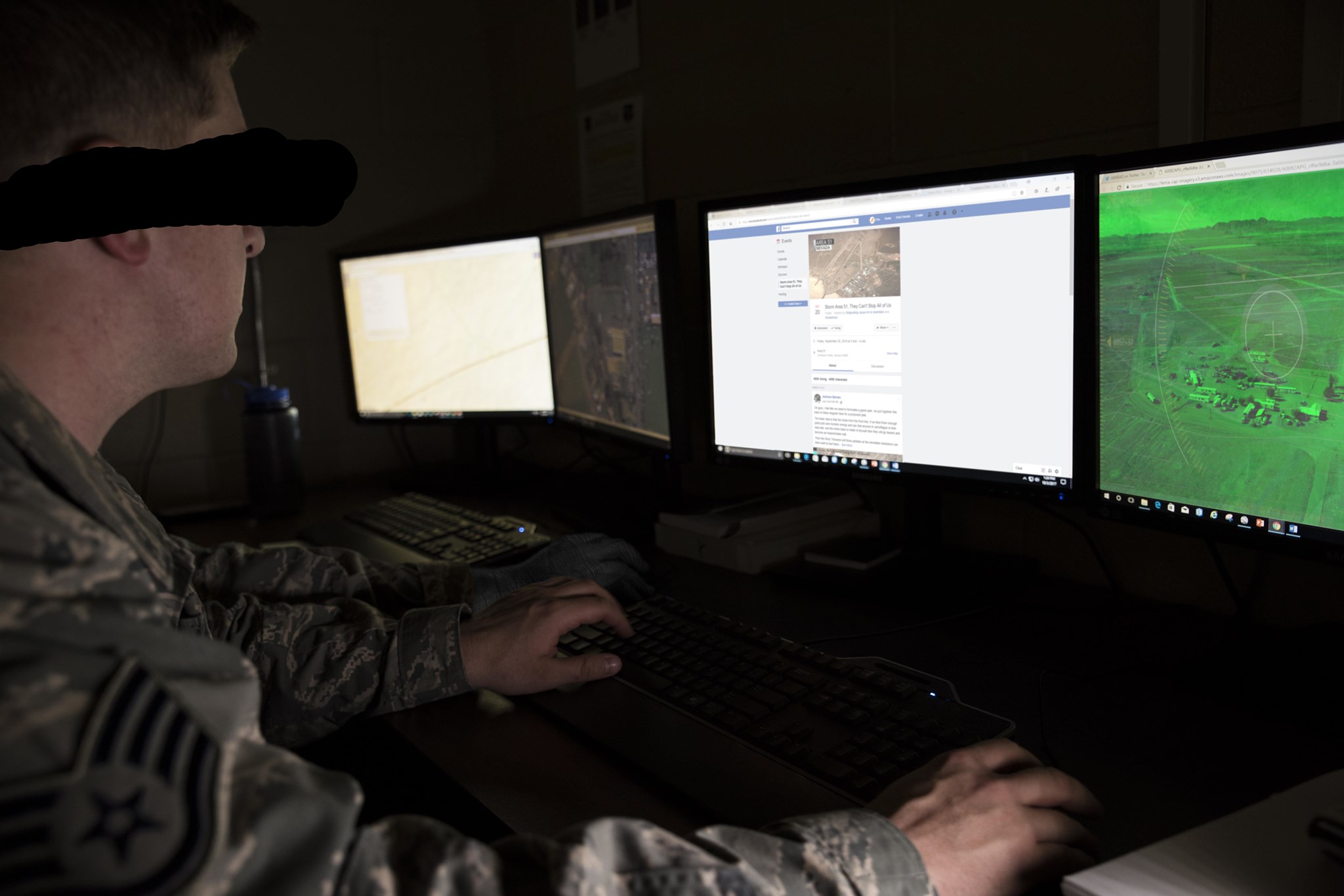 We are pretty sure this is just a giant group suicide attempt and if it isnt this is probably not the greatest idea. But an event page on Facebook is going viral. Many believe its just a meme that has gotten outta hand while others believe people are going to actually attempt to storm area 51. either way its pretty fucking entertaining and if people do try Id love to be watching from the sidelines. 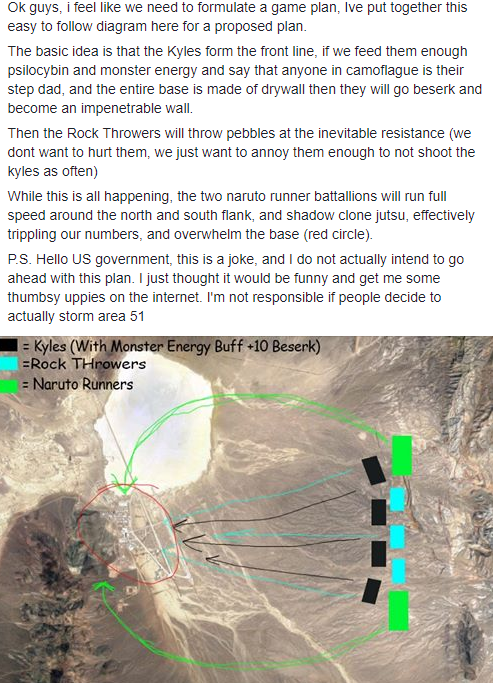 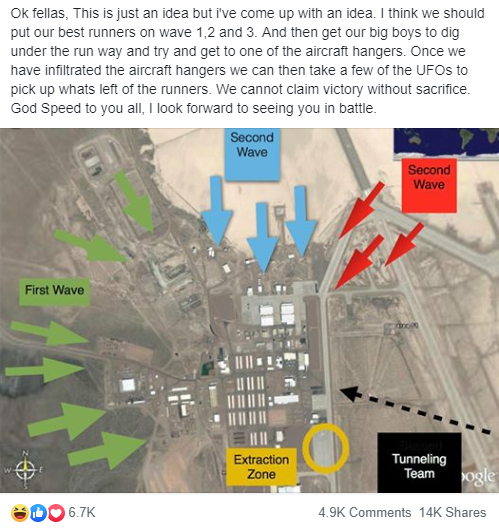 For those that are serious and lack the intelligence to refrain from carrying out such an idiotic plan lets us inform you about a few of the obstacles you will be facing.

First. The fucking desert. Your vape mod subaru isnt going to get the job done. Most of the access roads are gravel, pitted and will probably fuck up your moms kia. Second the heat. If you do not hydrate you will die. That means you will need to carry a shit ton of water. Lets not forget to mention heatstroke.

Second. Fucking weaponry. Miniguns would probably be the least of your worries as we’re sure they have some crazier shit being used for defense. 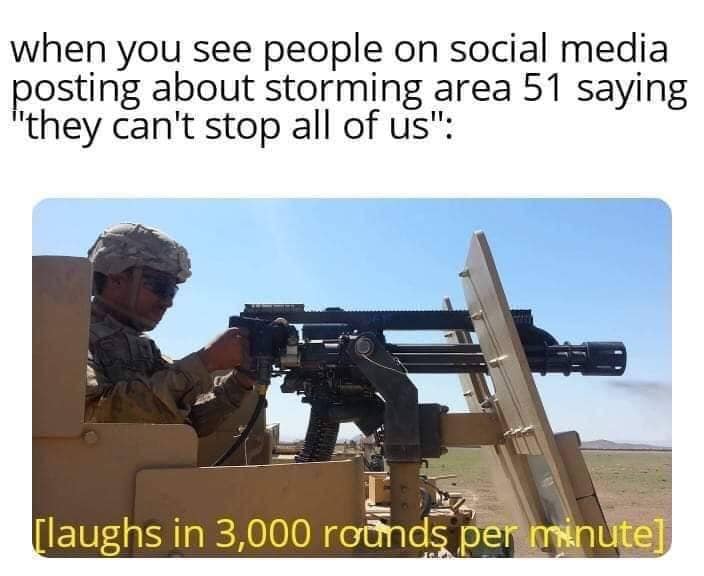 What do you think? Just funny shitposting or crazy people about to do some dumbshit?