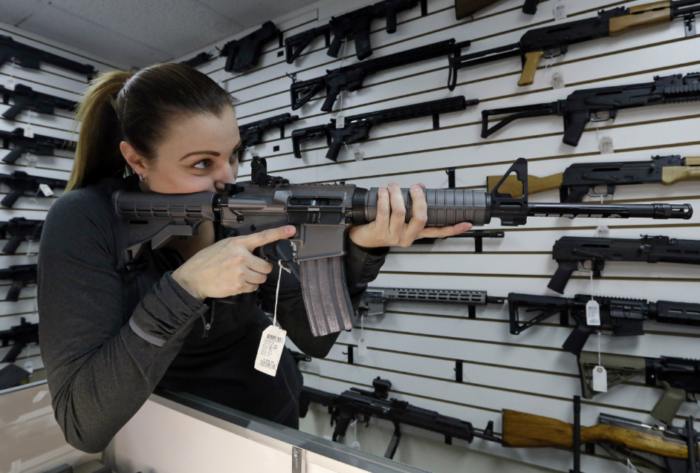 More gun grabbing bullshit yet again from the state of Washington as it falls victim to even more laws passed by emotions instead of facts and hard evidence. And yet again  with the stroke of a pen Law Abiding gun owners are the only ones affected. The boogey man is still here. He didn’t go away. As we have said before, multiple times, it is extremely important that you as responsible gun owners take action against the constant attacks on the second amendment. Sharing a post on social media is not enough. Its time to be active contacting your legislatures and representatives. Go vote! Make sure these idiots aren’t afforded the chance to infringe on your rights. The other side is doing it make sure you are too!

FoxBusiness writes Washington on Tuesday joined a handful of other states that ban anyone under 21 from buying a semi-automatic assault rifle after voters passed a sweeping firearms measure in November that has drawn a court challenge from gun-rights advocates.

The ballot initiative seeks to curb gun violence by toughening background checks for people buying assault rifles, increasing the age limit to buy those firearms and requiring the safe storage of all guns. Only the age-limit portion of the measure goes into effect on Jan. 1; the rest becomes law on July 1.

Kristen Ellingboe, a spokeswoman for the Washington Alliance for Gun Responsibility, said the initiative was one of the most comprehensive gun-violence prevention measures to pass in the United States. It specifically targeted “semi-automatic assault rifles” in response to mass shootings across the country, she said.

“We’ve seen that assault rifles are the weapon of choice for mass shootings, and when they’re used, more people are killed and injured,” Ellingboe said.

“We’ve see time and again that Washington voters want action to prevent gun violence in our state,” Ellingboe said. “They showed that again by supporting 1639 by a wide margin.”

Opponents have sued to block it.

“Starting today, young adults between the ages of 18 to 20 will have their rights to purchase semi-automatic rifles stripped…