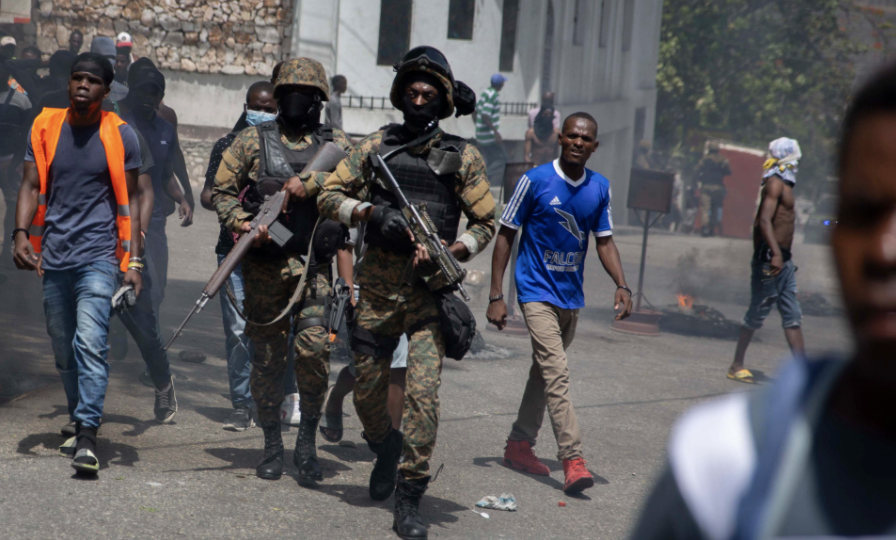 An American citizen is among at least six people arrested in the murder of Haitian President Jovenel Moïse, according to a report Thursday — as other suspects were snatched off the street by an angry mob before being taken into police custody.

US citizen James Solages was nabbed in connection to the assassination and at least one other suspect is believe to be Haitian American, Mathias Pierre, Haiti’s minister of elections and inter-party relations, told the Washington Post.

Dozens of civilians in the capital city of Port-au-Prince grabbed some of the alleged killers and roughed them up, telling journalists on the scene that they found the suspects hiding in bushes.

National Police Director Léon Charles told Haiti’s Radio Métropole on Thursday that six people have been arrested and seven killed in gun battles with cops, as more suspects were still being sought.

Police arrived to take control of the tense situation, hauling the men — caked in mud and sweating profusely — into the back of a pickup truck and driving off as the mob called for street justice.

“They killed the president! Give them to us,” some among the throng were heard chanting. “We’re going to burn them!”

Some of the civilians were seen following the truck to a local police station, later setting fire to bullet-riddled cars they believed to belong to the suspects.

It was not immediately clear whether the two or more men seized by the mob were included in Charles’ tally of a half-dozen suspects in custody.

Charges against those arrested are yet to be announced, and it was unclear whether Solages had legal counsel to speak on his behalf.

Officials have variously described the assassins as speaking English and Spanish — rather than French and Haitian Creole, typically spoken in the nation — and apparent video footage of the raid captured a man speaking into a megaphone in English with an American accent.

The death squad tried to pass themselves off as agents of the US Drug Enforcement Administration during the daring, dead-of-night hit.

In the wake of the assassination, interim Prime Minister Claude Joseph has assumed control of the impoverished Caribbean nation and imposed martial law.

But with no clear line of succession and neurosurgeon Ariel Henry — nominated by Moïse to succeed Joseph as prime minister one day before the assassination — questioning Joseph’s claim to the presidency, Haiti stands at risk of falling into further political disarray.