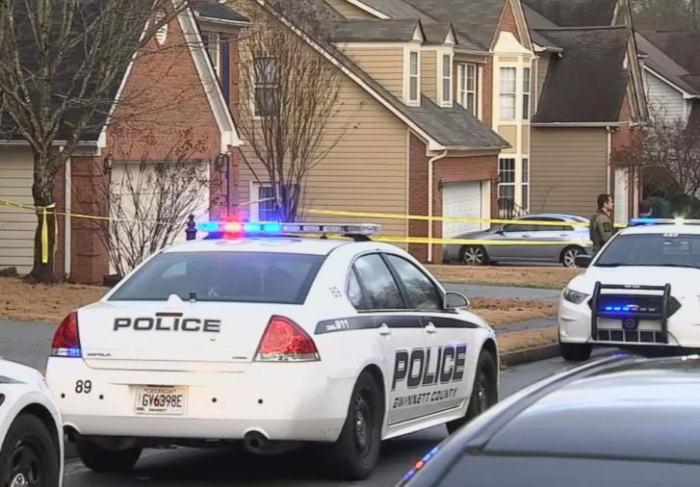 It happens again and again and people still think it will never happen to them. Their kids are smart enough not to mess with a firearm so theres no reason to secure it… Say it with me. If you can afford a gun you can afford a safe. There is absolutely no reason this shit should happen. If your gun is not on your person IT SHOULD BE SECURED. There are a variety of products available on the market that can secure your weapon in your home or vehicle that still allow you access within seconds. But… but… their expensive! So was that Sig! The more you bring up safety or anything that mitigates dangerous situations the more people want to put a price-tag on it or bitch about the design.

Here is the latest on the shooting and suicide on Riverlanding Circle in unincorporated Lawrenceville. Our thoughts are with the families of both these young men. pic.twitter.com/jdo726alqE

FoxNews reports An Atlanta-area 15-year-old took his own life on New Year’s Eve minutes after accidentally shooting and killing his friend, police said.

Gwinnett County police identified the teens on Tuesday as Devin Hodges, 15, and 17-year-old Chad Carless, both of the Atlanta suburb of Lawrenceville.

The incident occurred in a makeshift shed where a group of teens gathered, a police statement read. Investigators said Hodges was showing the group a handgun when it accidentally fired and struck Carless, who was sitting next to him.

Carless died before help could arrive. As officers pulled up to the scene, Hodges shot himself with the handgun as he was running between…

Even something as simple as a cheap cable lock gun safe could save your childs life! There are a variety of safes available online. You can even wander down to the local wally world and buy a cable lock-box. Really ANYTHING is better than nothing. If your worried about price or the function of a device then keep your firearm on your person. Its act that is so simple and so easy that it can save so many lives.