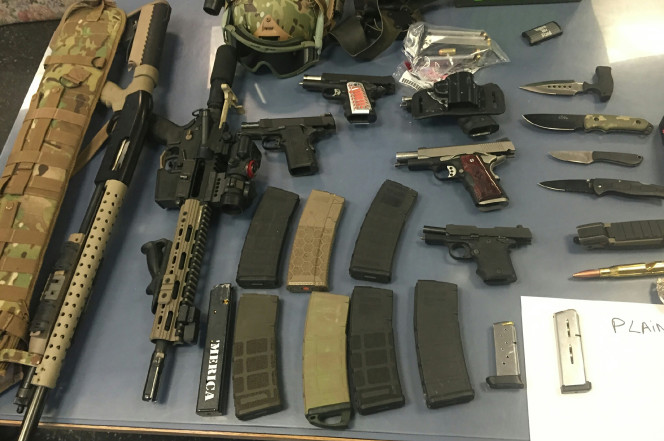 Three people were arrested when police discovered a weapons cache in a vehicle headed to New York City during a search at the Holland Tunnel on Tuesday, officials confirmed to Fox News.

(FOX)- Authorities arrested two men, aged 50 and 53, and a 29-year-old woman after finding multiple weapons — some loaded — including rifles and handguns in their vehicle, described by a law enforcement source as a “jacked up SUV.” Ballistic vests and a camouflage helmet were also found in the vehicle, NBC4 reported.

The Joint Terrorism Task Force is assisting the investigation, though law enforcement sources told Fox News the arrests were not likely related to terror.

The trio, from Pennsylvania, initially was stopped by Port Authority Police at a toll plaza for a cracked windshield at 7:40 a.m., authorities said. An officer saw the weapons in plain view on the passenger side of the vehicle.

Drugs were also recovered from the vehicle, which has been cleared from the scene but is still being processed for evidence.