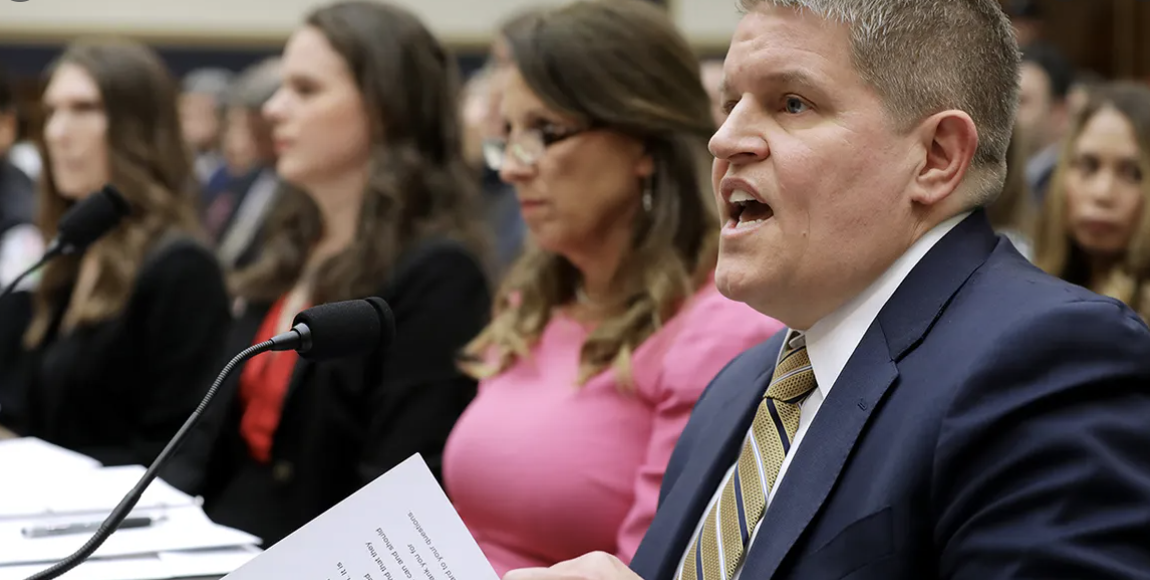 Now that David Chipman’s all-too-brief confirmation hearing is over, the next step for Democrats is to secure enough votes to actually get the gun control activist confirmed as head of the Bureau of Alcohol, Tobacco, Firearms, and Explosives. Chipman’s nomination isn’t a done-deal, but for Republicans and Second Amendment supporters to have any chance of stopping it, they’ve got to use their voices and let their senators know that they are fundamentally opposed to putting an anti-gun ideologue in charge of the federal agency that regulates firearms and the firearm industry.

The Citizens Committee for the Right to Keep and Bear Arms (where, in full disclosure, I serve on the board of directors) is among the many 2A groups urging members to flood the switchboard of the U.S. Capitol at (202) 224-3121 to contact their senators directly.

“When a nominee for the top post at the agency responsible for enforcing the nation’s firearms regulations can’t define what he believes an ‘assault weapon’ is, that raises alarms,” said CCRKBA Chairman Alan Gottlieb. “By the time he actually provided some semblance of an answer, he was merely quoting a policy that essentially applies to every semiautomatic centerfire rifle on the planet. Nobody who subscribes to such a catch-all definition of a firearm that really doesn’t exist should lead the ATF.

“It is equally alarming,” he continued, “that Mr. Chipman has been employed for the past few years by Giffords, one of the nation’s leading gun prohibition lobbying organizations, as a senior policy advisor. There is absolutely no appearance of fairness or objectivity in this nomination, and his performance before the Senate Judiciary Committee leaves serious doubts about his perspective on gun rights and the Second Amendment, and how he would approach the job if confirmed.

“Chipman’s nomination has the appearance of political patronage to an organization that steadfastly supports the president’s gun control agenda,” Gottlieb said. “Out of all the potential candidates to lead the agency, Joe Biden has picked the one individual whose nomination was guaranteed to ignite a political firestorm. At this point, it is fair to question why the president has done this. It looks like the president wants to put the gun prohibition lobby in charge of firearms regulation and enforcement.

The NRA is weighing in as well, arguing that Chipman’s appearance before the Senate Judiciary Committee last week should disqualify him from heading up the ATF.

Chipman had much to say about his career as a ATF agent in his opening statement, while completely ignoring his more recent employment in a political lobby dedicated to depriving Americans of their Second Amendment rights. He also used the old humble public servant routine in trying to deflect a question about whether the Supreme Court’s recognition of the individual right to bear arms under the Second Amendment was rightly decided. The Giffords group, as Sen. Josh Hawley (R-MO) reminded Chipman, had submitted an amicus brief in the case arguing against this interpretation. “Senator, I’m a cop, not a lawyer,” Chipman replied.

Yet it is the more recent gun control advocacy work – backed by powerful figures like Bloomberg – which is the true impetus for Chipman’s nomination. Ranking committee member Chuck Grassley (R-IA) noted during his opening statement that even CNN has described Chipman as a “fierce advocate for gun control.” He added, “Many see putting a committed gun control proponent like Mr. Chipman in charge of ATF as like putting a tobacco executive in charge of the Department of Health and Human Services or ANTIFA in charge of the Portland Police Department.”

Put another way, Chipman’s nomination is embarrassingly political and partisan by any standard.

Wednesday’s hearing gave David Chipman an opportunity to try to reassure gun owners and their representatives in the Senate that he is a person of integrity and professionalism. By failing to answer simple questions about his past policy positions, he has shown himself unworthy of their trust.

Any senator expecting the support of the gun owning community must vote “no” on David Chipman’s nomination to lead ATF.

While we don’t know when Chipman’s nomination will come up for a full vote in the Senate, we know that there’s still time to contact senators and remind them of the disastrous consequences to our right to keep and bear arms if Chipman is confirmed and Joe Biden is able to turn the ATF into a gun control group with power and oversight over firearms industry and tens of millions of responsible gun owners. Besides the number to the Capitol switchboard mentioned above, you can also find contact information for your senators here. Be polite, be civil, but be clear: David Chipman should be nowhere near the ATF’s leadership. As Alan Gottlieb says, it’s a bad nomination on the part of Joe Biden; “bad for the cause of unity, it’s bad for the Constitution and it’s bad for the country.”