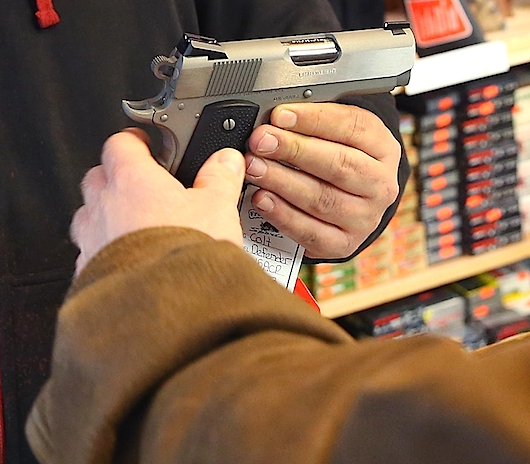 Once again the fuckstick gun grabbers are targeting law abiding citizens with their anti 2nd amendment bullshit. This time their plan is to criminalize the private sale of firearms… Whats completely ironic about this is the mass shooters to date have either purchased their firearms from a vendor or stole them.

Breitbard writes House Democrats plan to introduce legislation criminalizing private gun sales once the new Congress is in session.
Mother Jones reports that Rep. Mike Thompson (D-CA) met with gun control groups that included the Brady Campaign to Prevent Gun Violence, Everytown for Gun Safety, the Center for American Progress, the Coalition to Stop Gun Violence, and Gabby Giffords’ group. He asked them what they wanted, and a bill to criminalize private gun sales was on their wish list.

Private gun sales are legal and have been an American tradition since 1791, the year the Second Amendment was ratified.

Ironically, a ban on private sales would not have stopped a single mass shooting witnessed to this point in the 21st century because nearly every mass shooter acquires his guns at retail via a background check. The exceptions to the rule are the mass shooters who steal their guns.

While the Democrats’ gun control push will not prevent mass shootings, it…

As we have said before, multiple times, it is extremely important that you as responsible gun owners take action against the constant attacks on the second amendment. Sharing a post on social media is not enough. Its time to be active contacting your legislatures and representatives. Go vote! Make sure these idiots arent afforded the chance to infringe on your rights. The other side is doing it make sure you are too!