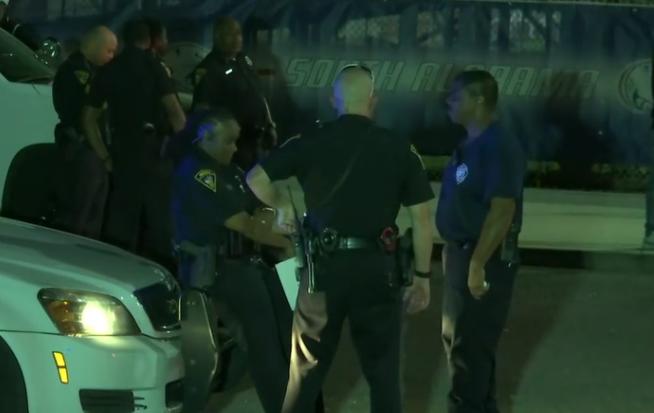 This one flew under our radar. A Shooting at a highschool football game took place the same day as the Odessa shooting. 10 people were injured and the suspect was apprehended. aftermath of the incident was captured in a video posted to twitter.

This is just horrific to watch from Ladd-Peebles Stadium. Football coaches instructing players to take cover, fans hiding under the stands from a suspected shooting. This is a high school football game and should be a place of fun competition for everyone! Not violence! #Mobile pic.twitter.com/MmA1oP9LTW

According to abcNews a 17-year-old was arrested after 10 people were shot following a high school football game in Alabama, according to police.

The victims in the shooting, which happened in Mobile, ranged in age from 15 to 18. They were rushed to area hospitals, officials said.

No one died, according to authorities.

Mobile Police Chief Lawrence Battiste didn’t confirm to reporters the shooting stemmed from an altercation, but he did admonish young people for “bringing their beefs that they have with each other in their neighborhoods” into public settings and “putting people in harm’s way.”

The incident “may have

The suspect later surrendered to the police.