Ezekiel Kelly was convicted of attempted murder in 2020. Probably as part of the process of “reimagining” criminal justice, he was released in March this year. After a new warrant was issued for first-degree murder against him yesterday, Kelly drove around Memphis last night, shooting people at random and live-streaming the carnage. A gunman who live-streamed himself driving around Memphis shooting at people, killing four and wounding three others in seemingly random attacks, was finally arrested after crashing a stolen car, police said early Thursday.

The hours-long rampage had police warning people across the city to shelter in place, locking down a baseball stadium and university campuses, and suspending public bus services as frightened residents wondered where the man might strike next.

Ezekiel Kelly, 19, a violent felon who was released early from prison this year, was taken into custody at around 9 p.m. in the Memphis neighborhood of Whitehaven, police spokeswoman Karen Rudolph said. 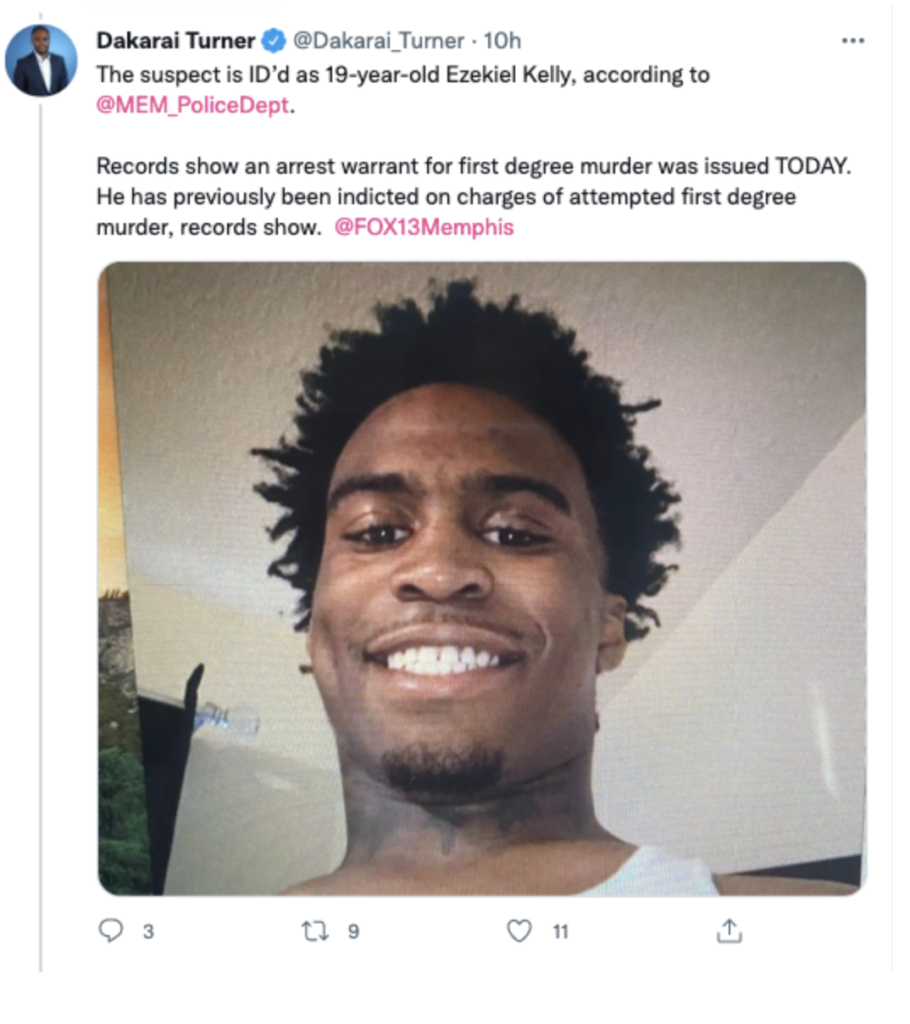 Memphis Police Director Cerelyn “CJ” Davis said during a news conference early Thursday that four people were killed and three others were wounded in seven shootings and at least two carjackings.

The first killing was at 12:56 a.m. Wednesday and officers responded to three more crime scenes before receiving a tip at 6:12 p.m. that the suspect was live streaming himself, threatening to cause harm to citizens, Davis said.

Police then sent out an alert warning people to be on the lookout for an armed and dangerous man responsible for multiple shootings and reportedly recording his actions on Facebook.

Three more shootings and two carjackings followed. Police said he killed a woman in Memphis as he took her grey Toyota SUV, which he left behind when he stole a man’s Dodge Challenger across the state line in Southaven, Mississippi.

Kelly was arrested without incident two hours after the initial police alert when he crashed the Challenger during a high-speed chase, and two guns were found in the vehicle, Davis said.

As the shooter terrorized the city, buses stopped running, and the Memphis Redbirds cleared the field during their minor-league baseball game. Friends and relatives frantically called and texted each other, and TV stations cut into regular coverage with updates.

Police received “numerous tips” from the public during the ordeal.